Igbo Union Finland Ry Media Africans! Rise and take that, that belong to you.

Africans! Rise and take that, that belong to you. 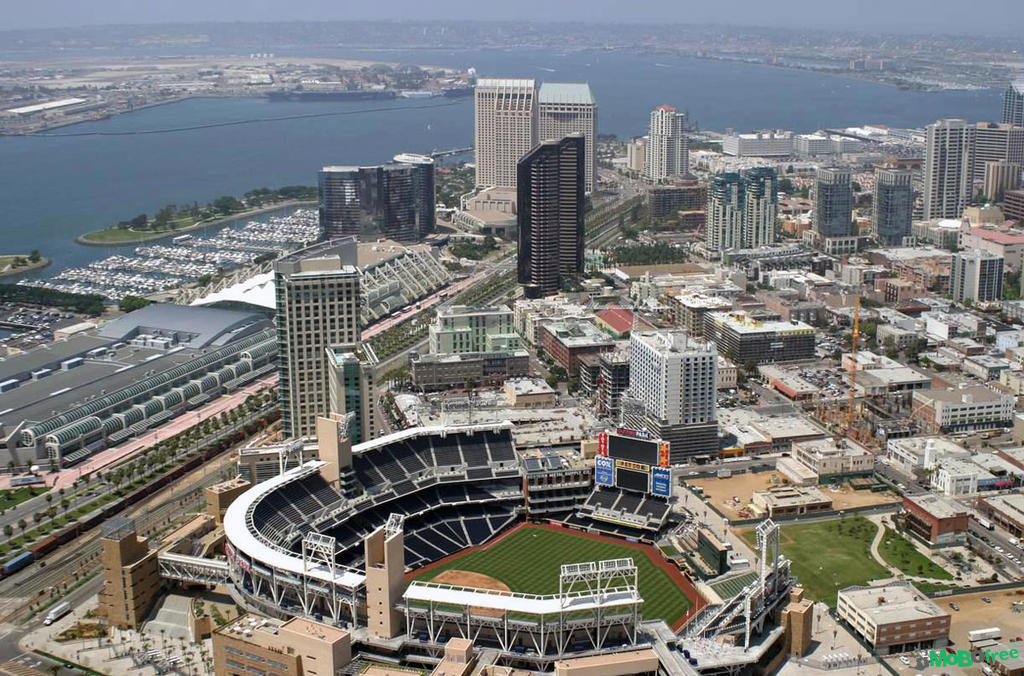 In recent years, much has been said and written about Africans and Africa as a whole. Typically, we are viewed as a continent under an evil spell or magical curse. Or, according to some experts, it is a repository of land for inexpensive labour, which is another way of saying that it is a slave market. Some viewed it as an underutilized, resource-rich land that begged for exploration and exploitation. It was also described as a continent born with multiple natural and man-made calamities, such as hunger, debt, and civil war, as well as recent health epidemics such as HIV/AIDS. Other groups asserted that it is still a primitive continent in need of pity from the civilized world due to the fact that its inhabitants, though human, are of a lower race and are therefore intellectually unprepared to compete in a civilized world. In actuality, nineteenth-century European authors frequently referred to Africans as “the inferior race,” reflecting this last myth accurately. Consequently, this has profoundly affected the African people in various ways. Africans have a tendency to admire and worship the accomplishments of other races, while treating African men and women who have achieved equal fame in their capacity as Africans with contempt and condescension.

Therefore, Igbo language instruction and cultural activities will be a significant component of this project.

This writer feels that, time has come for the African man; to forget and cast behind him his hero worship and adoration of other races, and to start out immediately to create and emulate heroes of his own. We must begin to canonize our own martyrs and elevate to positions of fame and honor African men and women who have made their distinct contributions to our African history before and after the colonization of Africa. Great men like Julius Nyerere is worthy of sainthood alongside of Kwame Nkrumah, Nnamdi Azikiwe, Jomo Kenyatta, Albert John Lutuli, Chike Obi, , Tafawa balewa and Ken saro-wiwa etc. They are all entitled to the halo of martyrdom and sainthood with no less glory than that of the martyrs or saints of any other race. Nelson Mandela, Philip Emegwali, Wole Soyinka, Mohamed El Baradei, Kofi Annan, Ahmed H. Zewail, Naguib Mahfouz, Wangari Maathai, Anwar Sadat, Desmond Tutu, Max Theiler, Allan M. Cormack, Nadine Gordimer, Sydney Brenner, F.W. de Klerk, J. M. Coetzee, John Kufuor, Emeka Anyaoku, Margaret Ekpo, and Jakaya kikwete’s brilliancy as educators, politicians, peacemaker, scientists and statesmen entitled them to the highest place as heroes among men.

In recent years, Africa has produced countless numbers of men and women, in war and in peace, whose lustre and bravery outshines that of any other people. Then why not see good and perfection in ourselves? As we condemn without reservation, bad things happening in Africa today. We must equally inspire literature and promulgate a doctrine of our own without any apologies to the powers that be to speak about our heroes and heroine. The right is the African man and Africa’s. Let contrary sentiments and cross opinions go to the winds. Consistent negative reporting of mainstream media and the failure of our own politicians recently is just a weapon of the enemy to defeat the hopes of emerging and young, energetic African statesmen, and we must say no to this ideology and practice.

What is to be done?
The time has come when we need to speak for ourselves and create our own reporting that serves us right. We are entitled to our own opinions and not obligated to or bound by the opinions of others. As an African, do not think that you are inferior. The race is just an idea. It has been proven that it does not exist2. If others laugh at you, return the laughter to them; if they mimic you, return the compliment with equal force. They have no more right to dishonour, disrespect or disregard your feelings and manhood than you have in dealing with them. Honour them when they honour you; ignore them when they vilely treat you. But do this without violence as Martin Luther, our great African hero taught us during their civil rights campaign in the 1960s. Remember that such people who mistreat you or see you as subhuman are suffering from some kind of complex, and their arrogance is but skin deep and an assumption that has no foundation in morals or in Law.

This essay is an awakening call to all Africans and friends of Africa. It is summoning Africans to rise to the challenge of undertaking well-meaning, well-defined and well-positioned actions for the rescue of Africa from self-extermination. It is asking Africans to put on deck, every vision, every mind, every hand and every resource at the disposal of Africa as the planet earth and our world progress into the new millennium. This urgent demand is necessary for the singular and sacred task of setting into motion the yet-to-be-tapped hidden energies of the African race in the Diaspora and on the continent. This most urgent call is important in order to help all Africans to seek the truth, the knowledge and the understanding of the errors of the past and the foolishness of the present.

This writer believes that it is only by knowing and understanding the truth about Africa’s painful situations that the first crucial step towards recovery can be taken. It is only by coming into full awareness of the problems facing Africa that the spiritual and mental energy that can set Africans in motion on the well-treaded path of civilization and emancipation can be released. Therefore, let the emancipated Africans begin in earnest to articulate strategies that befit the challenges of the present and of the future. These strategies, without any gainsaying, ought to be guided by informed and well-balanced insights that are focused on clearly defined intentions and built around a specific single goal. The goal at this point in history for Africa should be the total emancipation of Africans from mental and psychological enslavement as evidenced in the high level of racial inferiority complex that is comfortable with social inequalities, economic slavery, cultural ape-like mentality, and conventional racial inequalities and global injustices. It is important for all enlightened Africans to ensure that this new goal should not be allowed to degenerate into another make-believe emancipation project of the independence era. Let all emancipated souls in Africa resolve to make this project a real and genuine action that can set the African race free from the over-burdensome vagaries of nature, from unfounded cultural fears and superstitions, from the fictitious economic, political and cultural enslavement by the rest of the world, from wicked tyranny of the past and of the present and from the current indefensible prevailing high state of ignorance in the continent. These are the roots of all the problems facing Africa. Africans need to wake up from their slumbers to challenge the diseases of ignorance and intellectual laziness.

This is a call for action towards total spiritual, intellectual, psychological, political, social and economic liberation. This is a call seeking for pragmatic actions from all enlightened souls as we shake off the indignities of the past millennium and as we embrace the reality of a universal idea, knowledge and wisdom of liberty, equality and justice that is freely on offer in the new millennium. It is important for all Africans to see and welcome the new millennium as a precious gift wrapped with the accumulated wisdom and knowledge of the last three thousand memorable years of mankind. Africans should see and accept this gift as a ready-made package that is freely available to all seekers of truth. This gift of true knowledge is the only recipe that can lift the spirit and liberate all human races from the vicissitude of the paralysing state of nature and from the wickedness and inhumanity of man to man.

Africa needs to see this period as a golden opportunity to be seized with both hands as we reclaim and rebuild our mangled and trampled identities. The sons and daughters of Africa should claim this new millennium as their own precious gift from Mother Nature. However, Africa needs not to adopt the strategy of war, murder, rape, looting and arson, like the imperial empire builders of the past. The same and even better glory and honour can still be attained by peace and love. Let all the sons and daughters of Africa solemnly declare in words and by actions that, Africa’s time and light have come to shine and that Africa is ready to share with the world her unique divine nature of love, humane kindness and peace.

Africans! Rise and take that, that belongs to you. 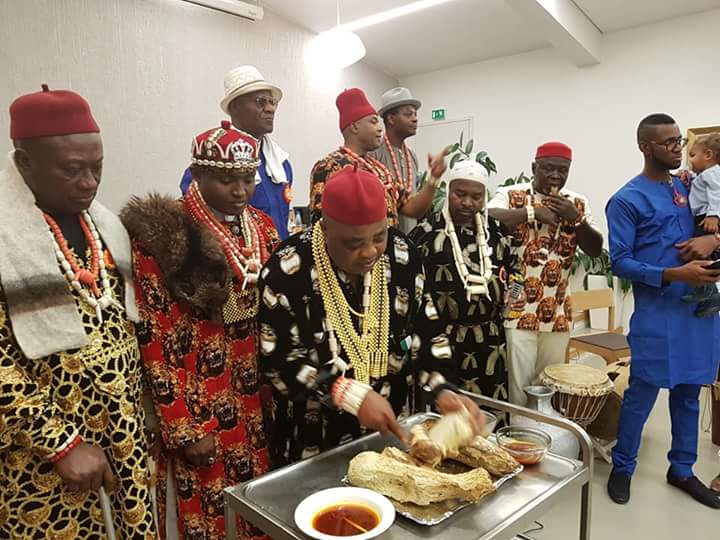 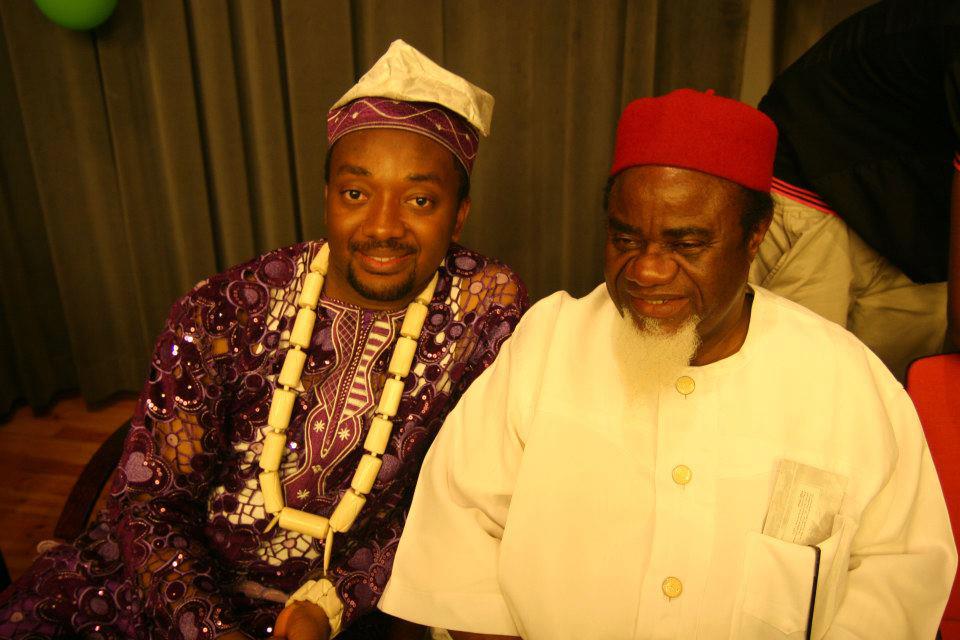 From the time, Nigeria got her independence until today, Igbos have never “drank water and dropped their cup” without any incongruity arising within or outside their territory. Combing the hairs 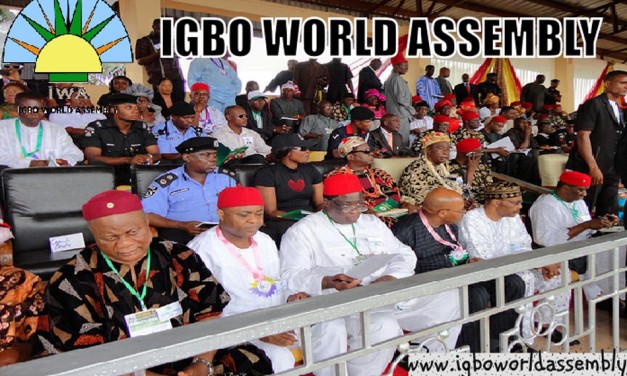 Lagos — The leadership of Ohanaeze Ndigbo has been tasked on the cultural heritage of the Igbo race, especially on unregulated conferment of Eze-Igbo on people without due process from